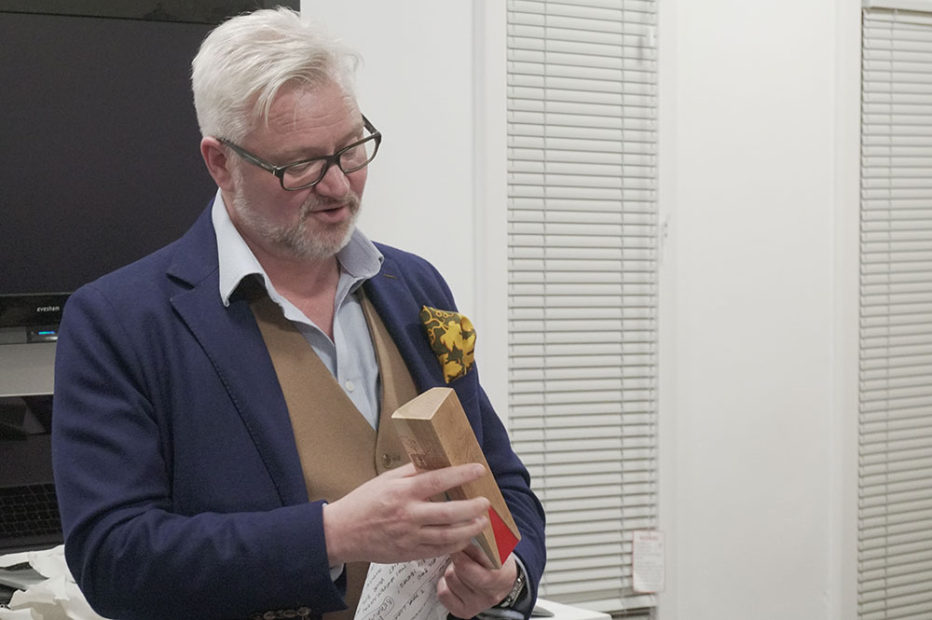 Posted at 20:15h in Uncategorised by davidreid

It was a great privilege to be asked to officially judge and present the “Best in Show” award at Edinburgh Napier University’s 2018 MA Creative Advertising Course.

Although it was a tough decision, with a number of notable contenders, one thing that was easy to see was that the winner was going to be female. Every single piece of thinking with genuine creative stand-out, had a woman behind it. Congratulations to Ruxandra Dragan from Romania, who took home the trophy.

The MA course itself has been running for a number of years and has seen dozens of students, from around the globe take their first successful steps within the industry. Many have gone to secure jobs with some of the world’s best agencies, some have even been awarded D&AD creative recognition, the ‘Oscars’ of our industry.

This year was no exception. The standard of work was incredibly high, far higher than back in 1986 when I found myself in a similar position. Of course, then there was no MA Course in Advertising, just a bunch of agency creatives who gave up their evenings willingly to coach and mentor potential recruits.

It was therefore fitting that the guy who gave me my first break in advertising, Rodger Stanier, asked me to judge the award. Rodger was one of the founders of The Leith Agency and is now Napier’s MA Creative Advertising course leader. He gave up more time than anyone else I can remember, to get young people like myself into Scottish agencies.

As I say, it was a privilege to be asked and I hope that one day some of these students will come back and present awards to the next generation of creative talent. That’s how the cycle works.